Frequently Asked Questions on the Division of Assets in Divorce

Goodlaw Solicitors answer your most frequently asked questions around divorce and separation. 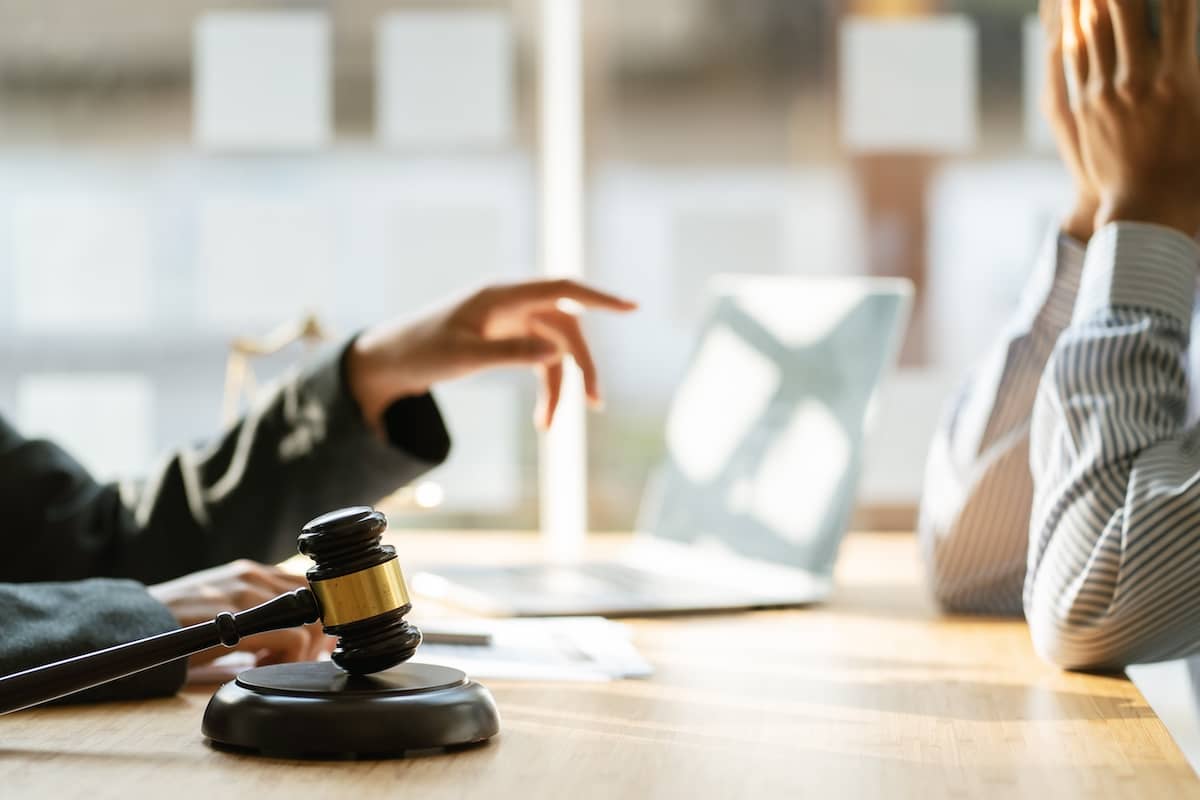 Is there a standard calculation to work out a fair split of our assets?

The answer to this question is a resounding “no”. No two family situations are exactly the same, so every financial settlement on a divorce is dependent on its own facts and on relevant considerations that are taken into account.

Most people recognise there is a difference between a short, childless marriage and one where the parties have been together for many years, raising a family and building up assets such as significant equity in a home and a healthy pension fund.

Looking closer, there may be less common circumstances such as a company owned and run by one party to the marriage, or a child with special needs whose care means that one of the parties is unable to go out to work.

Every different set of facts needs to be carefully considered by the parties and their solicitors, taking into account the applicable law and previously decided cases.

Are most financial settlements a 50/50 split?

A 50/50 split can be the starting point for discussions about how to divide financial assets including property, savings and pensions, however, there are lots of factors that are then taken into consideration that will change this ratio.

Dependent children and each party’s financial need will impact things considerably. For example, one party may have very low income and may not be able to get a mortgage - this will affect how any equity in a house is split between parties and the lower earning party could retain the entire property or the majority of proceeds from any sale either permanently or until the children are grown up.

For example, if there is a mortgage free house worth £1 million it may be considered reasonable that each party has £500,000 to enable them to re-house. However, if both need £750,000 to purchase a property and one person is on a low income, then it may be that person receives the full £750,000 and the other receives less as they have a much higher salary and mortgage capacity. If there is for example only £200,000 of equity from the sale of the house, then an equal division of £100,000 will probably not enable a weaker financial party to rehouse at all and so a different solution would be sought.

Will I get more because I worked and paid for everything during the marriage?

The Family Court is concerned with fairness and presumes that working and non-working spouses contribute equally to the marriage.

The court makes its decision based on case-specific facts, which include the length of the marriage, whether there are any children, income/earning capacity, the health of the parties and level of wealth. No matter whether you are the “working” or “non-working” spouse, do not make any assumptions about how your financial assets will be split.

Is my wife is going to get everything?

Many husbands feel like this, but it is certainly not the case. It may be that the wife remains in the house in order to provide a home for the children, but this could be a ‘short term’ use, and the husband could receive his fair share in the future.

It can be particularly hard if a couple is splitting up if, say, they are older, and the husband may already be drawing a pension. He may have thought that, in their retirement, they would have the benefit of their jointly owned mortgage-free home and retirement income and such savings as they have. In sharing it upon divorce he will, understandably, feel that he will be much worse off than the retirement he envisaged.

Am I automatically entitled to spousal maintenance?

Spousal maintenance is a sum of money that is paid from one spouse to the other either annually or monthly. A financial settlement needs to be fair for both parties so whether and how much spousal maintenance is paid depends on the circumstances of the couple. Income, earning potential and outgoings are taken into account, but there is no set calculation for how much will be paid.

Spousal maintenance may be paid on an interim basis until a financial agreement has been reached, in the short or medium term, for example, whilst children are young or finishing education, or it may be payable for life. Maintenance provisions cease at the point of re-marriage or death and potentially, could end if the receiver cohabits.

Be aware that the amount of spousal maintenance can be varied either up or down as a result of a significant change in circumstances of either party.

Do I have to disclose my finances or my earnings to get a legal agreement?

Both spouses must disclose their financial position to each other before a fair settlement can be reached. This is usually carried out with a document known as a Form E.

Can my ex-partner easily hide their assets?

It is not easy to hide assets in family law proceedings. Detailed financial disclosure can be obtained including bank statements for all accounts.

As part of financial disclosure credit card statements also have to be produced. Any withdrawals or transfers within all these accounts will be identified. Business assets can be valued with an independently instructed forensic accountant. There are also legal steps that can be taken at an early stage to protect assets.

In some cases one spouse may transfer assets to a friend, or family member, feeling confident their ‘story’ will be supported by the friend. However, when the person receiving the money realises they must go to court to give evidence, they are rarely willing to commit perjury.

Is the pension I accrued before my marriage not taken into account if we split up?

Whilst this statement can hold true, it is most definitely not always the case, particularly after a marriage of any significant length.

There are very specific rules on how pensions can be valued and compared and how the pension providers implement such sharing. These are very frequently misunderstood.

It’s really important to get it right when it comes to dividing the pensions upon a divorce; getting it wrong can easily mean a very different lifestyle in retirement to that which an individual may have worked and planned for during their working life.

Pensions often make up a large part of a separating couple’s assets and are hugely important in terms of the fairness of a financial settlement, particularly so if one party considers they may have an argument for excluding the element of the pension they accrued before they got married.

Pensions can only be shared in the event of a relationship breakdown where there is a divorce (or the dissolution of a civil partnership) and a final financial remedy order in place.

Offsetting, where one party to the marriage receives other assets, such as cash or equity in a property, instead of taking a share of the other’s pension is also possible. It is really important that the needs and aims of the party are carefully considered and the implications of giving up an entitlement to a share of a spouse’s pension fully understood.

Pre-nups and post-nups can be legally binding, but in England and Wales they are not automatically binding.

A pre-nup should be completed at least one month before the wedding. If, at the time of the relationship breakdown, the agreement does not meet a party’s or any children’s needs (as ultimately decided by the court) it will not be binding. It is down to the courts to make the final decision.

If I owned the house before I met my partner, will they get a half share?

The family home is considered to be a matrimonial asset, even if one party bought it before the marriage. Unless the marriage is only a year or two long, it would be very unusual for it not to be split between the couple, taking into account any dependent children and the financial need of each party.

If I leave the marital home, will I lose my rights to it?

If you move out of the marital home you retain a financial interest in it, so can seek its sale or transfer to you, but you lose the right to occupy it. However, if you move out there are many variables to be decided, such as who pays the mortgage and bills, where will you live and who pays for that cost? There is no easy or “right” answer about whether and when you move out so take legal advice to assess what is right for you.

Can my ex-partner make a claim against assets I bought before the marriage?

Assets are considered in two ways. Matrimonial assets are those that have been acquired during the marriage from income, savings, or an increase in property values. There are other assets which are “non-matrimonial”.

They could be non-matrimonial because they were owned before the marriage, or they have come from an inheritance during the marriage. It may be possible to exclude these from the financial settlement. However, one of the big questions is how these assets have been treated during the marriage? If they were used as or used to purchase a matrimonial asset, it is unlikely that it will be possible to exclude it from the settlement agreement. They will also not be excluded if financial needs require them to be part of the settlement.

Can I keep all the money that I inherited from my parents?

Does being divorced mean you have no more financial claims on each other?

When commencing divorce proceedings parties can choose to resolve financial claims. Even when a divorce is concluded this does not mean that financial claims come to an end.

Even when matters are agreed or a final order is made, financial claims will only ever end upon the court ordering a “clean break”. In certain circumstances, there will be cases where a “clean break is not possible” immediately.

Whilst a financial remedy application will address financial claims between spouses, it is important to note that a spouse will still have financial obligations for children of the marriage.

Have we answered all your questions about divorce and separation? If not, get in touch with our highly experienced team of family solicitors, or contact your nearest Goodlaw branch.