A Guide to Financial Provision on Divorce

Financial provision on divorce: The procedure 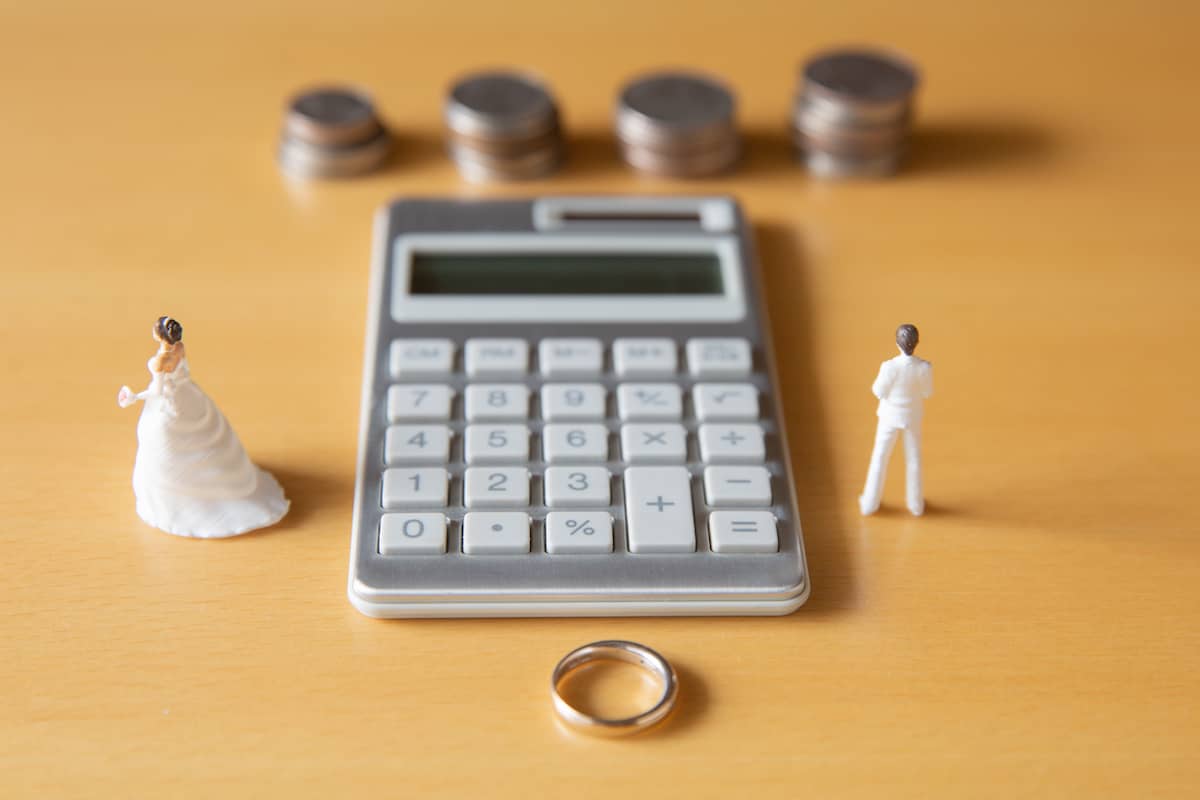 If an agreement cannot be reached in relation to an overall financial settlement between the parties during divorce proceedings and an application is made to the court, then the procedure and timetable for determination of the financial remedy application will be imposed by the court.

The preliminary matters to be considered and the court procedure is set out below:

The courts are required to ensure that all financial remedy cases are conducted in such a way that justice is promoted, that the resources of the courts are used appropriately and that cases are conducted proportionately. A judge determining the case will consider both parties’ income and capital “needs” and also look at the overall fairness of any order he or she may make.

2. Jurisdiction of the court

A spouse cannot initiate the process which will lead ultimately to an overall financial remedy order, without divorce proceedings having first been issued. A couple may, of course, reach an agreement at any time and agree to implement it, but it is only the issuing of a divorce petition, which gives a judge the jurisdiction to consider an application and make the appropriate order. Furthermore, the judge cannot make a final order dealing with, for example, capital, the home and other property, or make a pension sharing order, until the decree nisi of divorce (the penultimate stage in the divorce suit) has been pronounced. In addition, unless agreed otherwise by the parties themselves, an order dealing with lump sum provision, capital, property, pension sharing and certain trust assets once made, cannot be implemented until the decree absolute terminating the marriage has been pronounced.

There is a pre-action protocol requiring the parties to provide each other with full and frank financial disclosure (information and documentation) to enable negotiations to start at an early stage in the financial remedy proceedings. It is also important that the parties obtain pension information at the earliest opportunity, as it can take some pension providers a considerable time to produce the required information. This is particularly true of some public sector pensions, such as NHS and Teacher pension funds.

If either the petitioner or the respondent to the divorce proceedings wishes to start financial remedy proceedings, the procedure is as follows:

Once the Form E has been completed, it must be signed.

The First Directions Appointment (the “FDA”):

The purpose of the FDA hearing is to seek to limit the issues to those, which are strictly relevant and thus to save costs. A district judge will consider the statements of issues to be determined and attempt to narrow them. The judge will also consider (and if necessary, order) which of the questions in the parties’ questionnaires should be answered and what documents, if any, will need to be produced by one or both parties.

The district judge will also consider what expert evidence and valuations are required and make orders for these to be produced. Expert evidence is usually obtained at the parties' joint expense.

The district judge will also consider what other evidence, whether by statements, chronologies, or schedules, may be required. The pension company may also be represented at the FDA hearing, although this is unusual. The district judge will then arrange for a further court hearing to be listed. This second hearing is a Financial Dispute Resolution ("FDR") hearing. Occasionally, it may be a further "directions" appointment to consider what other information is outstanding and which may be required before the FDR hearing can be effective.

If appropriate to do so, the district judge may also provide for there to be a hearing to consider interim matters, such as interim maintenance, or exceptionally, for a Final Hearing to take place without an FDR hearing taking place first. If appropriate, the case may be referred to mediation. The district judge may also make a costs order at this stage if he or she considers, for example, that one party has failed to follow the financial remedy proceedings’ procedure (usually in bad faith).

Future conduct of the case:

As mentioned above, the district judge at the FDA hearing, will direct a timetable for the production of additional documents and information, which must be complied with. No further information, documentation or evidence without the permission of the court.

The court office will give notice to the parties of when and where the FDR hearing (or further directions) hearing will take place. If it is to be an FDR, at least 7 days prior to that FDR, each side have to inform the court of all offers that have been made to settle the case and the responses to those offers.

Immediately prior to the FDR, both sides must produce further costs estimates on Forms H. It is sensible to seek the approval of pension companies and/or mortgage companies to a proposed order (such as a pension sharing order or transfer of a property) before the court is invited to make such an order.

The objective of the FDR hearing is to attempt to reach an agreement to settle the case. The parties and their legal advisors are required to attend court at least an hour before the commencement of the hearing for discussions. The discussions are "legally privileged" or “without prejudice” which means that they cannot be referred to at any subsequent hearing if the FDR hearing is unsuccessful. The exception to this rule is that any non-privileged offers (i.e. open offers), which have been made before the FDR hearing.

The district judge at the FDR hearing will be invited by the parties’ legal representatives to give his or her recommendation/ indication, of what he or she thinks is a fair overall settlement. Their indication is an opportunity for the parties to realise what order a future judge may consider appropriate at a final hearing and whether or not their position is a reasonable one to adopt. However, the judge’s indication is not binding.

At the conclusion of the hearing any documents containing reference to without prejudice offers must be removed from the court file and returned to the parties.

The district judge has the power to adjourn the FDR hearing, to make a final order by agreement, to give further directions for the case to be dealt with at a Final Hearing, to fix a final hearing date, or to make what other directions may be considered appropriate.

If the FDR hearing is unsuccessful, the judge will make directions orders, in relation to what further evidence must be filed before the final hearing.

The court will also notify the parties through their solicitors of the final hearing date (if not given at the conclusion of the FDR hearing).

Prior to the final hearing, both parties are obliged to draft a statement (known as a Section 25 Statement) of the main points they wish to rely upon in evidence and to set out their open proposals to settle the case. The applicant must file their proposal with the court and serve it on the other party at least 14 days before the Final Hearing. The respondent must respond within 7 days after receipt of that offer, with their own open proposals.

The applicant must then prepare and agree with the respondent, a summary of the background of the case, a chronology, a schedule of the assets, liabilities, incomes and outgoings and a paginated bundle of documents for use at the final hearing. Both parties’ legal representatives will also prepare and file at court immediately before the final hearing, position statements setting out their client’s arguments in support of the orders sought by them at the final hearing.

Once again each party must file and serve a costs estimate (on Form H1) prior to the final hearing. This cost estimate however is more detailed than the costs estimates produced for the FDA and FDR hearings.

At the Final Hearing, both parties will give oral evidence and submit themselves to cross-examination. Expert witnesses who have been directed to attend will also give evidence (unless their written evidence is accepted by both parties prior to the final hearing). The judge will also consider the relevant documents in the court bundle. Both parties’ legal representatives will make brief submissions on behalf of their respective clients, at the conclusion of the evidence giving.

The judge will then give a summing up of the evidence before giving their decision. However, a judge may give their decision later (known as a "reserved judgment"). Once the judgement has been handed down, each side may then address the issue of costs, so that the judge can determine whether or not either party has behaved in such a way during the proceedings to warrant having a costs order made against them. However, such orders are rare in financial remedy proceedings and the usual rule is that each party pays their own costs.

Once the judge’s final order has been made, it is typed by the court office (or drafted by the parties’ legal representatives and approved by the judge) and served on the parties’ legal representatives by the court office, so implementation of the order can commence. Should an appeal be advised, (assuming there are proper legal grounds to justify an appeal, rather than just general dissatisfaction with the outcome of the hearing), notice of appeal has to be lodged within 14 days. Because of the judge’s wide discretion, successful appeals are not common.

This information sheet has been prepared to highlight some key issues relating to financial provision on divorce. It is intended to be for general guidance only and is not a substitute for specific advice. It is based upon our understanding of the legal position as at May 2022 and may be affected by subsequent changes in the law.