A marriage is a marriage 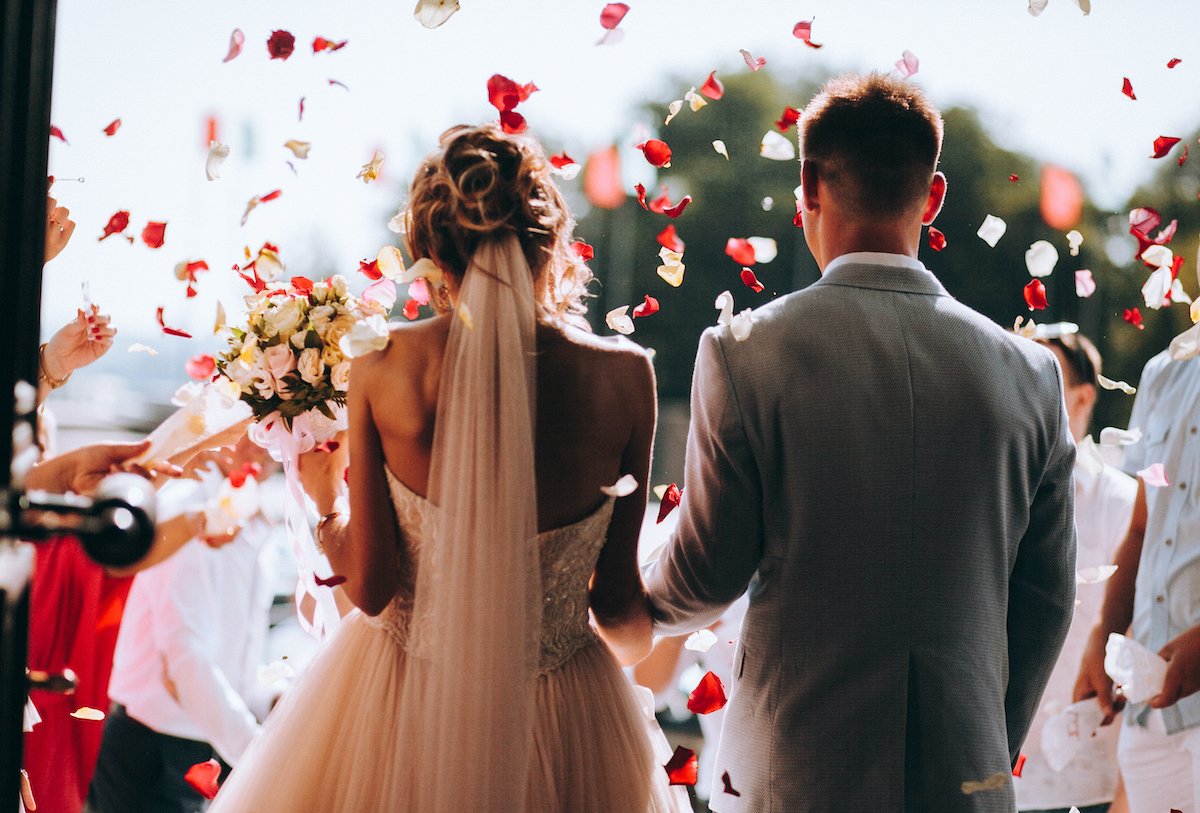 'A marriage is a marriage'

Mr Justice Mostyn's rejected the argument that where a marriage was defined as 'short and childless', it denoted some partial devotion to the marriage, as 'incredible'. Surely, having children is not indicative of any more of a commitment to your spouse/civil partner? Mr Justice Mostyn thought not.

The wife was aged 61, and the husband was aged 66. The marriage lasted for two years, and the parties had been in a relationship for about four years by the time they separated. There were no children of the marriage. The husband had a highly successful career as a production manager for live music events. The wife was a homemaker and received financial support from the husband from the outset of their relationship.

Upon the breakdown of the relationship, the wife issued divorce and financial remedy proceedings. During these proceedings, there proved to be an 'extraordinary gulf' between the parties' positions. Considering this to be a sharing claim, the wife sought a lump sum payment of half of the marital assets, which, based on expert evidence, she calculated to be £5.5m.

The husband submitted that in the absence of children and in the context of the parties' short marriage, the sharing of the marital assets would be unjustified. Counsel for the Husband further argued that it would be unfair to apply the equal sharing principle to short marriages without children. Relying on the case of Sharp v Sharp [2017] EWCA Civ 408, the husband argued that instead of the equal sharing principle, the wife's award should be restricted to her conservatively assessed needs, which he calculated to be £600,000.

One of the factors set out under section 25 of the Matrimonial Causes Act 1973 that the Court must consider when deciding on financial settlement matters and in determining the division of assets, is the duration of the marriage.

Importantly the existence of children is also detailed in the Act but at section 25 (1), which clearly indicates that the court will have regard to all the circumstances of the case, with the 'first consideration being given to the welfare, while a minor, of any child of the family who has not attained the age of eighteen.'

The Act, therefore, does not detail that if the marriage is childless this will be a relevant factor in determining the division of the assets. What the Act details are that any child of the family's welfare will be the first consideration. Their welfare broadly includes housing and financial support, whilst they are minors.

The duration of marriage upon a divorce has historically been divided into the following categories; long, medium or short by courts looking at the division of finances, albeit these references do not appear in the Act itself. In the Dictionary of Financial Remedies (2021 Edition) it was suggested that broadly speaking a marriage of less than three years is one that can be considered to be short and a marriage of 15 years plus is a long marriage.

The absence of children

This case looked at how the term 'childless' has become embedded and linked with the question of the duration of the marriage. As already detailed above, the relevant Act itself does not define the duration and importantly makes no reference to the term 'childless'.
In any event, in a case where the value of the assets is substantial, the general principle is that the assets should be shared broadly equally. However, a party to a divorce can put forward arguments to justify why the sharing of the assets equally is inappropriate in their particular case.
In this case the Husband argued that because this was a short and, importantly, a childless marriage, his Wife should not receive an equal share of the assets.

In respect of the absence of children, the Judge then went back and looked at earlier cases to establish where this term had started to appear.
Mr Justice Mostyn notes that in the case of Miller v Miller [2006] UKHL 24, there was mention that this was a childless marriage, albeit the parties had tried to have children. Mr Justice Mostyn points out that 'no one suggested that this sad failure denoted 'a completely different category of commitment' and it does not include bringing into consideration the childlessness of the marriage, if that were the case.'
The Husband's counsel asserted that; 'the having of children denotes a completely different category of commitment.' Mostyn J responded; 'I have to say that I fundamentally disagree with this…' Mr Justice Mostyn held that while having children is relevant to a needs claim, "childlessness" does not affect the application of the sharing principle.

Mr Justice Mostyn's judgment considers in detail the application of the sharing principle. In brief, the sharing principle assesses the value accrued during a marriage and values the parties' respective contributions to that accrual to be of equal worth. As such, the accrual of assets are divided equally. Mr Justice Mostyn determined that the presence (or absence) of children cannot make a difference to the application of this principle.

Mr Justice Mostyn considered that to look at the nuances of a marriage, particularly the lack of any children, and for the court to seek to evaluate the quality of a marriage or the arrangements made within it, as to do so would inevitably trigger discriminatory practices. The fact that children are not present in a marriage does not make it a lesser marriage. Judge Mostyn held; '….a marriage is a marriage.' He then rather eloquently stated;
"In my judgment for the court to start asking why there are no children, and whether this denotes a lesser extent of commitment to the relationship, is to make windows into people's souls, and should be avoided at all costs."

He concluded; 'in my judgment, this factor should be banished from any consideration of whether there should be a departure from the application of the equal sharing principle.'

It was noted that since the case of Miller v Miller it seems that the word 'childless' has been inferred to add weight to an argument to support an unequal division of assets in a short marriage. The existence of children is a hugely relevant factor when addressing housing and maintenance needs and is detailed at s.25 of the Matrimonial Causes Act 1973. However, the childless marriage is surely a concept that should not carry any weight as to the division of assets, it should if applicable be solely limited to the shortness of the marriage? Somehow the principle of childlessness has sneaked into case law and has arguably been misinterpreted until now.
In regard to the short duration of the marriage, Mr Justice Mostyn then considered the husband's submission that the short length of the marriage necessitated a departure from an equal sharing of the marital assets.

The length of a marriage is a statutory factor that ought to be considered in financial remedy proceedings. However, Mr Justice Mostyn held that the marital assets should be considered no differently whether the marriage was short or long. Mr Justice Mostyn acknowledged that in the case of short marriages, there are a small number of instances where a departure from equality may be justified. However, he further held that such a departure from equality is vanishingly rare. It only applies where both parties were financially active and independently so, and where non-family assets were generated over a short period. A good example would be a genuine dual-career family where the spouses had pooled assets for the benefit of the family but retained separately and solely non-family assets. None of these circumstances applied here.

In this case, and most short marriage cases, Mr Justice Mostyn held there is no logical reason to draw a distinction between accrual of assets over a short period and an accrual over a long period. The statutory factor of the duration of the marriage would be reflected in the award in any event because, in a short marriage, the accrual will almost inevitably be less than in a longer marriage. Mr Justice Mostyn stated;

Mr Justice Mostyn explained that the reason for the rarity was making any exception in relation to money earned during the marriage means placing a higher value on financial contributions than those of other contributions. This would result in discrimination and go against the key decisions of White v White [2001] 1 A,C. 596 and Miller v Miller McFarlane v McFarlane [2006] UKHL 24 which established that the concept of equal sharing was the starting point in financial settlement cases irrespective of one party's role as the breadwinner and the other party's role as the homemaker.

As such, Mr Justice Mostyn found against the Husband and determined that the equal sharing principle should be applied to the Wife's financial claim.
Outcome

This case provides clarification for two issues relating to the marriage of short duration consideration under section 25 of the Matrimonial Causes Act 1973;
the absence of children does not affect the application of the sharing principle, and couples should not be regarded as being in different categories of commitment depending on whether or not they have children together.

in most cases, a short marriage does not necessitate a departure from the principle that the marital assets should be shared equally, albeit almost inevitably that accrual will be less than in a longer marriage.

This case is an important one to consider in cases of short marriages without children, and stops abruptly, and quite rightly, any attempt to evaluate commitment to a marriage based upon whether there are any children from that relationship. However, the Court may still choose to depart from the equal sharing principle when considering property and assets accrued prior to the marriage in the case of a short marriage.

If you are going through a separation or divorce and there are concerns about how a particular asset may be treated on divorce, one of our family law specialists will be able to provide advice on how the court may treat the asset. Call today SUSSEX: 01273 956 270 | SURREY: 01252 471 211  or contact us here.