10 things to know before entering into a Pre-Nuptial Agreement 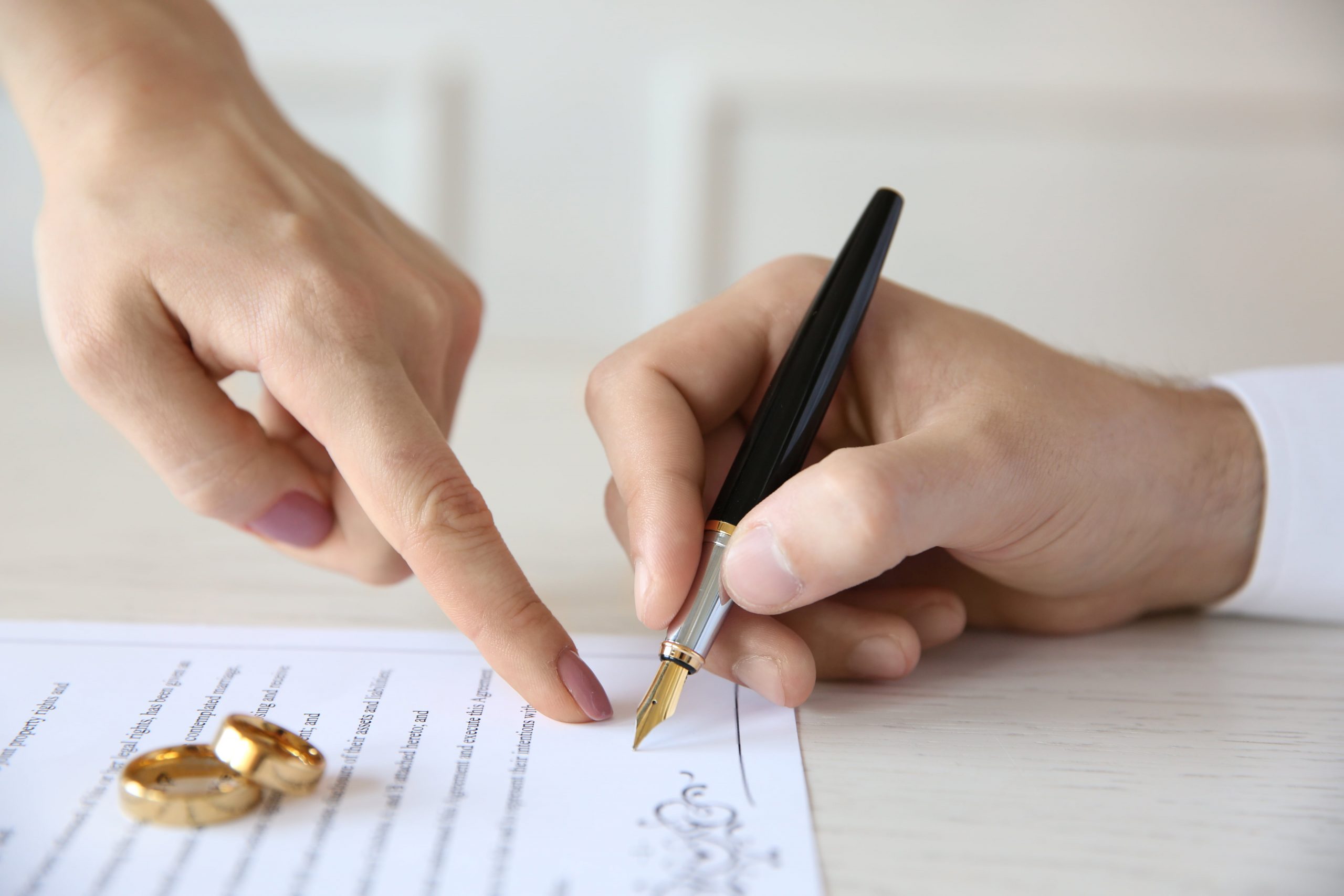 Me, You and Us - Love Nuptially - 10 things to know before entering into a Pre-Nuptial Agreement.

The concepts of we-ness and couple identity arise throughout philosophy, literature, poetry, and social science. Genesis 2 describes how Adam and Eve will be “united and become one flesh.” Although that line is pre-eminently describing the physical union, the passage resonates deeply with so many because of the implication of a deeper bond. Aristotle wrote, “love is composed of a single soul inhabiting two bodies.” This goes further than two becoming one. Aristotle was most likely inspired to write that based on the ideas of his mentor, Plato, who wrote that humans were originally made with two heads, two faces, and four arms and legs. Setting aside other complexities in Plato’s view, he writes that this initial version of humans was a threat to the gods, so Zeus had them split in two. The now half-not-whole beings were consigned to spend their days searching for their other half.

Both of these ancient thoughts hover around the nature of individuality and oneness, but the nuances and traditions around them are different in how they relate to views of mating, love, and marriage. In one view, two identities were intentionally created with the idea that they would seek to be one in core aspects of life. In the other, one entity was split into two for the express purpose of inflicting a weakness. There are doubtless many variations of these ideas in every culture that ever existed. As these and other themes suggest, there is a fundamental human drive to seek and be in a relationship that has this quality of “us.” To join with another. Beyond this central fact, there are healthier and less healthy views of what “becoming us” can be like.

We have also see an emergence (or re-emergence) of a desire for a relationship of sorts described in a famous line from the movie Jerry Maguire: “You complete me.” That’s not just you and me developing a sense of us, that third identity, of it’s “I am not whole without you.”

All these ideas touch on the concept of soulmates. There are versions of this idea that are appealing, but I believe it has two problems. First, it implies that there is one perfect match out there for each person. Second, it supports the illusion that finding that person would make love and marriage blissful. But that search becomes formidable, and there are negative effects of holding expectations that your soulmate will complete you in only the most wonderful way.

Time-stretched and stressed over wedding preparations, couples tend to routinely sign documents without batting an eyelash. These include purchasing a property together, paying hefty deposits to secure their dream wedding venues, or accepting the terms and conditions in record speed to set up a Netflix account together. While these actions may seem insignificant, they play an important role. Taking these actions seriously ensures that a relationship thrives, as each decision made together helps two people reach a common understanding and expectation on issues.

If couples have a common understanding on what to expect from each other during a marriage, then why wouldn’t they also want to have a common understanding if they mutually decide to part ways? A pre-nuptial agreement is like an insurance policy. You might feel inclined to take a risk and do without one, but you will be glad to have one in place in the event matters take an unexpected turn. Simply put, just like a medical insurance policy, you would rather not have to rely on it but should the unwelcome happen, you would be glad for the coverage and protection.

Pre-nuptial agreements are not just for the ultra-rich, or for individuals from wealthy families. They are perfect for couples who appreciate clarity. These are couples that have a relationship based on mutual respect and understanding, and that wish to avoid unnecessary acrimony, expensive legal bills and long-drawn court proceedings. A pre-nuptial agreement is not just about settling the finances, it can also set out how you and your partner intend to part ways amicably in the event of a divorce and parties’ understanding in the period leading up to divorce.

If this sounds like you and your partner, below are 10 things to know before entering into a pre-nuptial agreement;

At first glance, this might seem like an insignificant issue. However, any experienced family law specialist will flag this out to be a key area of concern.

As a starting point, you may wish to consider which country your partner and yourself are likely to reside in during the marriage as well as the nationality of yourself and your partner. Seeking advice from a family lawyer with appropriate expertise is key. Choosing the country that governs your agreement has a significant impact on its enforceability. What good is it to have an iron-clad pre-nuptial agreement, only for you to find out much later on that you cannot enforce it in the country you live in?

This is why it is important to have a pre-nuptial agreement drafted by family lawyers with specialist knowledge, and who have a good network of family lawyers in other countries, such that the agreement is drafted with all international elements being considered.

2) Third parties cannot be bound by a Pre-Nuptial Agreement

A common misconception is that you may not change any terms once a pre-nuptial agreement is signed. While that is true in relation to that specific document, it does not prevent you and your partner from executing any further documents to deal with new issues that arise during your marriage, or if you wish to update or vary any of the agreed terms (by mutual consent) that were mentioned in your pre-nuptial agreement. This is known as a post-nuptial agreement. It is perfectly normal and recommended for a couple to enter into an agreement post-marriage if it is necessary.

You should consult with a family law specialist to enquire if a post-nuptial agreement is necessary in your situation.

4) Arrangements relating to children should be refrained

If you intend to have children with your partner, you may be keen to come to an agreement on how you will care for your children upon a possible divorce. However, this is generally unadvisable as such agreements will rarely be upheld by a Court upon divorce.

This is because the Court has to determine if the arrangements are in a child’s best interests, and that will be best determined at the time of the divorce, and not at the time when a pre-nuptial agreement is signed where there are no children of the marriage yet. It will be hard for you and your partner to truly anticipate where your lives may lead, and more importantly, what may be best for your child in that situation.

5) Independent legal advice for both parties is highly recommended

Both you and your partner will need to obtain separate and independent legal advice on the pre-nuptial agreement. This is essential to ensure that a pre-nuptial agreement is enforceable, and one party does not come back to say that they were unaware of what they were signing at the time. It is important for both you and your partner to willingly enter into the agreement with your eyes wide open and to understand what you are agreeing to.

Having independent legal advice and representation also ensures that you and your partner are able to navigate the process and set out your joint understanding on how the two of you wish to settle your affairs in the event of a divorce.

6) Disclosure of all assets and financial resources is paramount

Couples will need to make full and frank disclosure of all assets and financial resources they presently have, or assets which they believe they will acquire. This would include any inheritances or gifts you believe you will receive in your lifetime. This is important as it could render the entire pre-nuptial agreement unenforceable if it is proven that one party did not make full and frank disclosure of their assets during the time it was signed.

Disclosure is also important to ensure that you and your partner are fully aware of what you are entering into and the understanding on how these assets and financial resources would be dealt with in the event of a divorce.

7) Understand what assets you own

So you want to make full and frank disclosure, but what assets do you make disclosure of? It is crucial to be aware of what assets you have, and what can or should be included in a pre-nuptial agreement. Does a joint bank account you have with your parent constitute as an asset you own? What about distributions from a trust fund for which you receive occasional pay-outs? Should this be included in a pre-nuptial agreement? This is where a family law specialist is crucial in ensuring a holistic and enforceable pre-nuptial agreement is drafted that is tailored to your situation.

8) The difference between assets acquired before and during a marriage

You should have a clear understanding of what assets you have prior to being married, and what assets you think you may acquire during your marriage. You should also know the repercussions of the timing of owning such assets.

However, if you and your partner reach a mutual understanding regarding what assets should or should not be split upon divorce, this would be reflected clearly in your pre-nuptial agreement. This is recommended as it encourages clarity, and ensures that neither you nor your partner waste time and legal costs arguing about dividing such assets upon divorce.

Broaching the topic with your partner may be uncomfortable. Think about it as planning for the future and as a comprehensive insurance. You rather not have to rely on it but should the unwelcome happen, both of you would have been fully prepared and like any good insurance policy, fully covered.

10) You must be clear about your intentions

Last but not least, it is strongly encouraged to be clear with your partner (and the lawyers involved) about what your intentions are with the marriage. Specifically, how you wish to organise your finances and assets. Things do change in a marriage. Partners may take on different roles from the one they envisioned prior to marriage, or you may be hit hard with a financial setback that requires both of you to recalibrate quickly.

Whatever the case may be, something that can be cultivated and that should remain a constant between you and your partner is the ability to have an open and honest dialogue about your thoughts and wishes. Doing so prior to having a pre-nuptial agreement signed is a good first step.

We cover the full range of family law matters including pre and post nuptial agreements, cohabitation agreements, separation arrangements, financial issues and divorce for clients both in the UK and overseas. Whatever your personal circumstances, our talented team of family lawyers has the experience and technical skill to work with you to deliver a pre or post nuptial agreement or relationship agreement which gives you peace of mind.